Politicising the blasts will help terrorists

The three explosions at Varanasi on Tuesday, which killed 20 people and injured many more, would be universally categorised as acts of terrorism -- whatever be the motive -- since the targets were innocent civilians in a temple and a railway station.

The police and other investigating agencies would need time to determine the kind of improvised explosive devices used, the nature of the explosives and the persons and organisations responsible.

Their immediate priority is to prevent a disturbance of law and order not only in Uttar Pradesh, but also in the rest of the country as a sequel to the explosions.

It is important to prevent the public from taking the law into their own hands. Unwise actions like the reported call of the Bharatiya Janata Party for observing a day of protest would only play into the hands of the terrorists by adding to communal tensions and keeping large numbers of the police preoccupied with crowd control duties at a time when they would have to focus on investigation, arrest of those responsible and prevention of more acts of copycat terrorism.

The unfortunate tendency -- more pronounced in India than elsewhere -- on the part of political parties to exploit acts of terrorism to highlight or promote their own political agenda with an eye on the elections adds to the already formidable difficulties of the police and other counter-terrorism agencies and provides unintended encouragement to the terrorists.

Our response to terrorism should be tactically professional -- leaving it to the police and counter-terrorism agencies to deal with it as best as they can -- and strategically political to prevent the flow of new volunteers for acts of terrorism.

In our country, unfortunately, the response is political from the moment an act of terrorism takes place-- with political parties vying with each other to draw electoral advantage out of it.

It is not as if this does not take place in other democracies. It does. But, ours is still a fragile society despite 59 years of independence, a great democracy and a booming economy. Politicisation of terrorism will add to the fragility.

While the terrorists have succeeded in killing a large number of civilians, it would seem from the media reports that the temple itself has not suffered any major damage.

This fact should be given wide publicity.

This is not the first time the terrorists have attacked or tried to attack a place of worship. They did so in September 2003 in Ahmedabad and again in July last year in Ayodhya.

They will continue doing so till we are able to root out the activities of jihadi terrorists -- the externally sponsored as well as the indigenous ones.

Details available so far do not indicate the involvement of suicide terrorists in Varanasi. Their success underlines once again the difficulties faced by the police and other counter-terrorism agencies in protecting soft targets.

There are three kinds of soft targets:

There are hundreds of thousands of such targets all over the country and it would be very difficult for the police to provide an equal degree of protection to all of them.

An alert, well-briefed and well-disciplined public could immensely facilitate the task of the police, but there are bound to be instances when the terrorists will manage to succeed.

How to deny them success? A strategy of active defence, where the police goes after the terrorists and suspected terrorists and neutralises their clandestine cells before they are able to plan and mount a terrorist strike, is the only way of doing so.

Our police and security agencies are already doing this with a large measure of success as seen from the number of cells of the Lashkar-e-Tayiba detected and neutralised in Delhi and other parts of the country.

But their success is yet to make a decisive impact on the morale, motivation and determination of the terrorists -- whether of the jihadi or the ideological (Maoists) type.

With a virulently religious diehard now being the President of Iran, external sponsorship by the intelligence agencies of Iran for Shia terrorism is only a question of time, if it has not already started.

India has the second-largest Muslim population in the world after Indonesia.

India, Pakistan and Bangladesh constitute about 10 per cent of Asia's landmass, but about 50 per cent of Asia's Muslims live in this 10 per cent land mass. How to be effective against the jihadi terrorists without creating pockets of anger in the community? That is a dilemma facing our counter-terrorism agencies and policy-makers.

The time has come to review our strategy -- professional and political -- to deal with jihadi terrorism and its external sponsors: Pakistan, Bangladesh and now possibly Iran.

The time has come to identify weak points and take action to remove them. 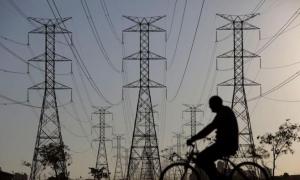 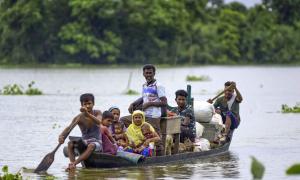