Len Aiyappa scored a brace as India rallied from a goal down to beat Malaysia 4-1 in their opening match in the Four-Nations Challenge hockey tournament in Canberra on Wednesday.

India did well to overcome a fifth minute deficit and a 30-minute interruption ten minutes from the end of the match because of a power failure to emerge comfortable winners.

Strikers Deepak Thakur (31st) and Prabhjot Singh (32nd) then scored in quick succession as India went into the breather ahead 3-1.

Changing ends, Aiyappa scored his second penalty-corner goal in the 58th minute to put India 4-1 up.

In another opening round match, hosts Australia beat South Africa 4-2.

Liam de Young's fine show in the second half enabled the Aussies score thrice and take the match.

De Young scored in the 45th minute and set up a goal for Michael McCann in the 62nd half as Australia broke a 1-1 deadlock at half-time.

Travis Brooks converted a perfectly executed set play to give Australia a 1-0 lead in the 10th minute. But South Africa equalized through Reece Basson 15 minutes before half-time.

After Young made it 2-1 in the 45th minute, Michael Brennan increased the lead, scoring from a penalty-corner two minutes later.

Greg Nicol pulled back a goal for South Africa, scoring in the 55th minute, but Michael McCann put the issue beyond doubt for Australia with a goal in the 62nd minute. 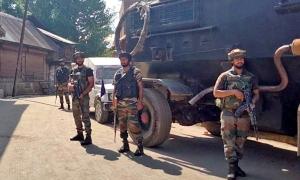 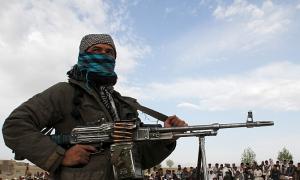