Viswanathan Anand ensured that the race for the title went right to the wire, but in the end had to be content with the third place behind joint winners, Vladimir Kramnik and Alexander Morozevich in the Amber Blindfold and Rapid chess tournament. But the Indian ace did win the rapid competition with 7.5 points, while Evegeny Bareev was half a point behind. Anand finished fifth in blindfold and third overall.

In the final set of matches, Anand set the ball rolling with a win over Boris Gelfand in the blindfold game and with Kramnik drawing Veselin Topalov and Morozevich drawing with Peter Svidler, the gap between the leaders and Anand came down to just half a point.

However in the final rapid game, Anand was held to a draw by Gelfand, while Kramnik and Moro won against their respective opponents to stay a point ahead of Anand and snatch away the title he won last year. The two leaders had a one point advantage when the final round of two games started.

Anand opened the day with a good win in the blindfold, where Gelfand was inaccurate in the opening in the Petroff defence. Anand described his advantage as "a very, very slight edge that never got neutralised" and also pointed at the structural advantages he had. Gelfand fought back with a will, but on the 55th move his inevitable resignation followed.

In the rapid Anand, as Black, did not manage a position of advantage at any stage. In fact when queried whether he should have fought till the end for a win, the logical Anand asked, "Should I play for a win in this position?" referring to the tiny advantage Gelfand had. So, when Gelfand proposed a draw on move 29 there was no reason for Anand not to take it.

Anand's overall showing in the event was once again of a very high order, though the slight slump against Alexander Morozevich, when he was shocked into two defeats may have cost him the title, which he lost by one point.

Morozevich unleashed another opening surprise with black against Svidler. After a long interesting battle in the Burn variation of the French, they drew and that helped Morozevich take the blindfold title.

In the rapid game Morozevich's position didn't look too impressive and after he had lost a pawn on h3 he even seemed to be in trouble. But the tenacious Morozevich stuck it out and with some miraculous moves managed to beat his rival for a full point.

Meanwhile, Kramnik got away with a draw in blindfold, where the fighter, Veselin Topalov got an advantage but could not convert it into a win in a Queen's Indian which was ultimately drawn in 41 moves. In the rapid, Topalov ran into a stunning home-preparation by Kramnik in Ruy Lopez and lost in 38 moves.

In the other clashes, Vassily Ivanchuk slammed Paco Vallejo 2-0, while Evegeny Bareev and Peter Leo played two draws and Alexei Shirov and Loek Van Wely traded one win each.

The Ivanchuk-Vallejo clash was dramatic. First, Ivanchuk came almost 15 minutes late for the blindfold game, forgetting that the games began an hour early on final day. The ritual is the same each year and Ivanchuk has played all 13 editions of Melody Amber. But once he arrived he shot his moves in double quick time and even caught up on time. In the complicated game in Ruy Lopez, Ivanchuk went on to win in 42 moves.

In the rapid, the position was highly drawish, but Ivanchuk for reasons best known to him continued to play. Ivanchuk played 40 moves without making progress and then Paco Vallejo's resistance broke down and he lost on time. 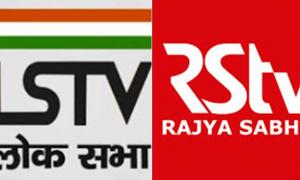