A brave officer and a gentleman

By T P Sreenivasan
November 27, 2008 08:47 IST
I often described my officers in the embassy in Vienna from 2000 to 2004 as a "dream team", and leading among them was Hemant Karkare, who was as adept in diplomacy as in fighting terrorism. Though trained only as a police officer, he took to diplomacy with ease and aplomb and he was at home in the conference halls of the Vienna International Centre as he was on the streets of Mumbai. As he laid down his life in the process of valiantly fighting against terrorism, India lost a brave hero and a charming diplomat.

Karkare came to Vienna as my consular officer, who could have remained in the embassy, dealing with passports and visas. But it did not take long for me to discover his talent for diplomacy. Apart from the International Atomic Energy Agency, Vienna has a number of agencies, which deal with drugs, organised crime, corruption and terrorism. Though technical in nature, these agencies are as much political as the other UN bodies and delicate negotiations take place in them.

Unlike the other diplomats, who handled the work of these agencies, Karkare had hands-on experience of the issues and, combined with his charming manners and helpful nature, he became a popular and sought after figure in the committee rooms. He was heard with attention as he had rare insights into the facts on the ground with regard to the subjects under discussion. His contribution to the debates was very substantial.

A major undertaking during our stay in Vienna was the preparation of a UN Convention against Corruption, which entailed intergovernmental negotiations over two years. India was given the responsibility to lead the negotiations on several sections, including the most sensitive issue of return of assets accumulated by corruption and stashed away in Western banks. Money laundering and related crimes were also under discussion. Karkare's wealth of experience in each of these areas was a great asset to us in getting the work of the convention completed in time. The convention may have made no difference to corruption in the world, but the professional success we had in Vienna was mainly on account of Karkare's experience.

The events of 9/11 took place within months after Karkare arrived in Vienna. A small terrorism unit, hidden away in a corner of the Vienna International Centre came into the limelight and ways were sought to strengthen it to deal with new responsibilities. We had good contacts with the unit and had also made some financial contribution to it because of our own interest in promoting a comprehensive convention against terrorism. Karkare worked very hard for several months afterwards to strengthen the unit and add content to its work.

Karkare was equally at home with the Indian community in Vienna. As the consular officer, he rendered prompt and helpful service to the community and became very popular. He entertained extremely well at his home even though his wife was away in India as she was teaching there and taking care of the children. He was also interested in music and other arts and he readily compeered many shows organized by the embassy. He even dabbled in palmistry and used his skills to collect money at the embassy ladies' charity bazaar in Vienna. Visitors from India were very welcome in his home, which was, for some time, in the compound of the famous Shoenbrunn Palace.

To handle huge and demanding delegations from India to the Commission on Drugs and to give attention, at the same time, to the negotiations was no easy task, but he managed both with skill. When Karkare left Vienna after five years, he left behind a host of friends and admirers of all nationalities. He could have found a sinecure in one of the UN agencies, but he decided to return home to his chosen profession of protecting his fellow men.

Back in Mumbai, Karkare plunged into anti-terrorist work, the international dimensions of which he had understood in Vienna. I met him several times both in Mumbai and in Kerala and he appeared excited about the work he was doing. His children had done well and he was reunited with the family. He was not unaware of the risks involved, but took them in his stride. Every time I saw him on television, I felt proud of him, but also feared for him. He was playing with fire every minute.

I woke up with some uneasiness at 2 am on November 27 without knowing that terrorists had struck Mumbai and instinctively switched on the BBC to hear the terrible news that Karkare fell to the bullets of a terrorist. In the TV footage of him, he appeared calm and collected as he put on the helmet and a bullet-proof jacket before chasing the terrorists, but his brave act of fighting the terrorists personally ended in tragedy. He will be remembered for his patriotism, courage and sacrifice, but he should also be remembered for the diplomatic battles he waged for India in the halls of the Vienna International Centre. 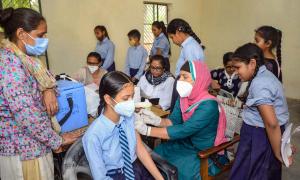 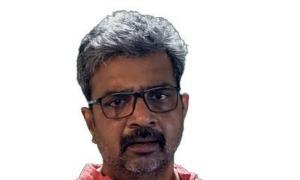 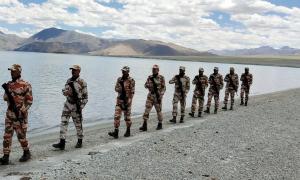 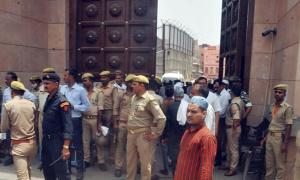 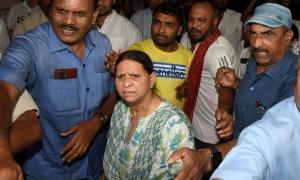 Taj Mahal hotel is the target of terrorist attack

B Raman: Are our nuclear establishments safe?