Violence in Kenya: A plague in paradise

By T P Sreenivasan
January 10, 2008 11:32 IST
The industry that flourishes most in Kenya is the security industry. Every house is a fortress, with high walls, electric fencing and armed guards. Most homes proclaim on large notices the presence of Mbwa Kali (fierce dog) to chase intruders away.

But the security apparatus has not been able to prevent violent attacks, housebreaks and murders in Nairobi, which has been dubbed as 'Nairobbery', and in the rest of Kenya. The violence increases at times of elections or celebrations. Violence is the plague that has gripped Kenya, otherwise a paradise on earth with its amazing flora and fauna.

Violence, political or otherwise, has become part of life in Kenya. The irony is that Kenya is also considered one of the mature democracies in Africa. Multi-party elections are held regularly and even though politics is based on tribal divisions, the judiciary, Parliament and the vibrant press apply correctives on the executive. With tolerance of corruption and violence a part of society, Kenya has found its own brand of democracy.

The current tribal warfare had begun long before the elections. Even the meetings held for determining party candidates were marred by bloodshed. The controversy about the results of the elections merely aggravated the violence. Having had to fight incessantly with wild animals for survival, the physical battle for political survival is a natural extension of Kenyan life. Human life is heavily discounted there. Political calculations, rather than fear of further loss of human life, will bring about a compromise in the end.

As the Indian high commissioner to Kenya, I happened to be with the Kenyan foreign minister in his office on the morning after the severe beating of a handicapped Opposition leader. The newspapers that morning had carried graphic pictures of the incident. I could not but mention the incident to the minister. I thought that he would describe the incident as an unfortunate one, which was being exaggerated by the press. He shocked me when he said: "He will be killed one of these days!" He added in good measure that violence is part of politics in Kenya and that people joined politics with full knowledge of the attendant risks. He offered no apology, not even regret.

The Kenyan elections of 1995 left me with broken limbs and ribs as the opposition to President (Daniel Arap) Moi thought that the Indians in Kenya should be given a message that they were not safe without the patronage of the Oopposition. I had ignored messages that Indians should make financial contributions to the Opposition parties also, not just to those on power. The best way to demonstrate this was to hit the Indian high commissioner himself. After three assailants broke into our home and attacked my wife and myself, President Moi said publicly that the Indian high commissioner was the victim of political violence in the country.

The Opposition said promptly that Moi had done it to discredit the Opposition! To avoid an explosive situation arising out of a sense of extreme insecurity, I made it out as though the whole incident was nothing but an act of burglary, though the intruders had stolen nothing from the house. I said that I had vowed to do everything possible for India-Kenya friendship and the shedding of some blood turned out to be a part of the process.

The diplomatic corps in Kenya often became targets of violence, as the Opposition would like to spread the word abroad that the regime was not in control of the situation in Kenya. A British diplomat was killed during my time in Nairobi, not to speak of innumerable instances of carjacking and burglary, involving diplomats. The headquarters of the United Nations Environment Programme and Habitat in Nairobi were in the danger of being shifted out on account of escalating violence against diplomats. The shift was prevented only by the solidarity of the non-aligned countries, which took the proposed move as a conspiracy to deprive the developing world of UN presence.

Nothing could be better for the politicians to settle scores than an atmosphere of violence taken to be the norm. There are stories of presidents disposing off inconvenient ministers and others by eliminating them. How do the presidents control violence in the country if they themselves are not averse to resorting to violence to settle scores?

In India, we accept communalism in politics as a necessary evil, but in Kenya, tribalism is the very essence of politics. The revered Jomo Kenyatta was the leader of the largest tribe, the Kikuyu and his successor should also have been from the same tribe, but the wily Moi, a Kalenjin, struck up an alliance with the Kikuyu and grabbed power. The election of Mwai Kibaki marked the return of the Kikuyu to power, but Moi escaped retribution by quickly reaching an understanding with Kibaki.

Kibaki's challenger, Raila Odinga, is a Luo, the second largest tribe in the country. Smaller tribes can share power only if they seek alliances with the larger ones. Before or after the elections, they have to seek viable alliances to grab a piece of the pie. Uncertainty and instability are essential ingredients of such a political mix.

In the latest round of violence and tribal warfare, reports appeared to the effect that Indians in Kenya were being targeted. This may not be true in the context of the Kibaki vs Odinga situation as the Indians are not particularly close to either.

Indians are constant targets of violence not because of any particular anti-Indian feeling, but because they are the richer of the species. They have bigger homes and more wealth for the looters and the thieves. Kenyans, who serve in these homes, are witnesses to conspicuous consumption by the Indians. Many homes resemble Hindi movie sets the Kenyans watch with envy every day.

Many Indians are honest businessmen, who have made money by the sweat of their brow. But envy and greed on the part of the Africans make them ready targets of violence. Kenyan Indians have so many interests in the country that they consider a few robberies and deaths acceptable risks. They send the younger generation away to the West, but they themselves stay on to enjoy the fruits of their labour over the years.

It must be mentioned, however, that there have been cases of deception, exploitation and sheer thuggery on the part of some Kenyan Indians. As unprincipled partners of wealthy Africans, they have looted the country and fled to greener pastures. They spoil the name of India and Indians in Kenya and escape nemesis in other countries.

A national government of reconciliation and unity, with proportional representation for all parties seems to be the only way forward. It appears that Archbishop Desmond Tutu, the master tactician and diplomat, appears to be heading in that direction. But Odinga prefers to cancel the election results and hold fresh elections. The solution to the present crisis may calm the situation for the present, but tribalism and violence will not disappear in the near future from Kenya. Democracy and religious beliefs are yet to enhance the value of human life in Kenya. 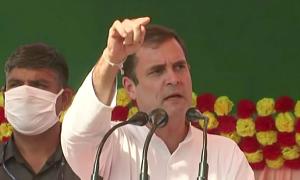 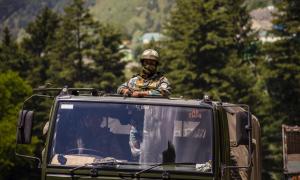 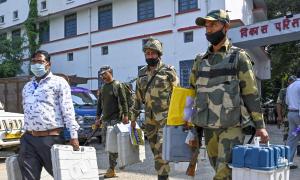 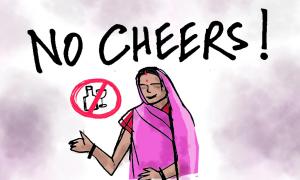 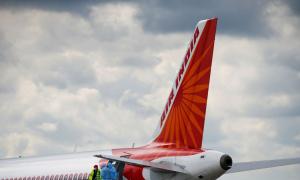 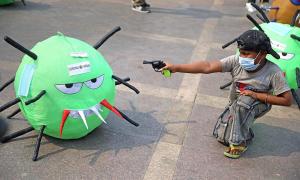 Covid cases per million in India remain among lowest

'We have lost money, we will earn it back'

Video: Modi takes up Indians' cause in Kenya