India needs to celebrate a culture of the 21st century and let us all contribute to that, said, Shashi Tharoor, former under-secretary general of the United Nations.

In a 15-minute lecture at the Pravasi Bharatiya Divas, Tharoor said he was appalled at the manner in which some people were creating a ruckus in the name of sanskriti (culture).

"I am ashamed that M F Hussain (renowned painter) is in self exile. It is shocking that a fashion channel had to go off the air. What is all the fuss about? Are not the Naga Sadhus and the Kamasutra Indian," he sought to know.

The former UN under-secretary general said Indian culture was very strong and there was no need to be insecure about anything.

"Drinking Coke has not Coca Colarised India," he said.

Tharoor also said that time had come to celebrate a culture of the 21st century.

Chinese had 6 Confucius centres in the United States while India had just one Nehru Centre, he lamented, adding that there was a need to set up more such centers to showcase Indian culture to the world. 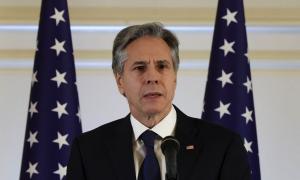 'PBD not a forum for investment'