Securing a Bharatiya Janata Party ticket in assembly polls is not that easy in Himachal Pradesh as aspirants will have to submit a detailed bio-data on their qualifications, experience, vision, and even specify whether they face any legal case.

The saffron party, hoping to wrest power from the Congress, is treading a very cautious path in the mountain state as far as candidate selection is concerned and has come out with a four-page nomination form for hopefuls.

"This is the first time we have done something of this sort in Himachal Pradesh. This will give us an understanding on whether the candidate has the vision and concept," BJP general secretary in charge of the state, Satpal Jain, said.

He said the party has received 546 applications for 65 seats. The applications are submitted to the local units, which in turn forward them to district committees with their assessment.

Sources said the central election committee of the BJP will meet in New Delhi on Thursday to finalise the candidates for 65 seats that go to polls in the second phase on December 19. 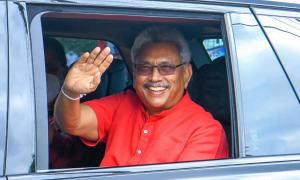