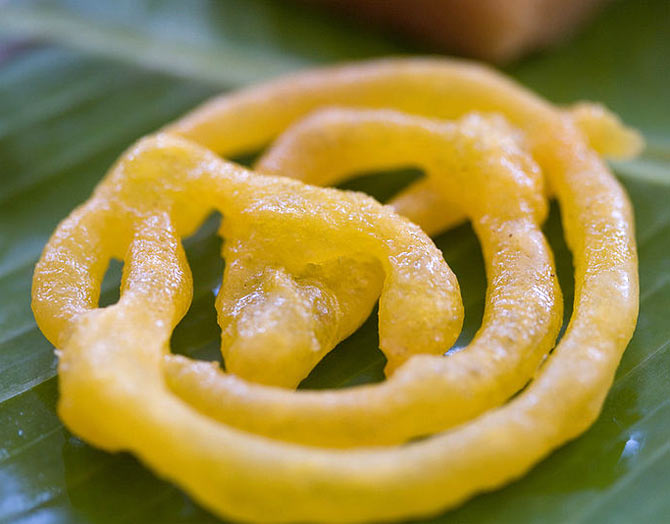 These are my memories of Diwali in India:

My dad arriving home the night before Diwali with dozens of boxes of mithai from Bangla Sweets located at Delhi's Bhagat Singh Market. Each box containing round black and long brown Gulab Jamuns, Rasgullas, Barfis of all variety, Boondi Ke Laddu, and much more. Each box wrapped with transparent yellow paper. For a little boy with a major sweet tooth, having all these boxes at home, and yet not being able to open them up, was unbearable punishment.

I would have to wait until Diwali day before I could eat the mithai -- at least a little bit of it. My parents would spend a lot of money on mithai -- mostly to distribute among friends and relatives -- but they were also very particular that their two boys should not eat too much.

On Diwali day, we would leave early in the morning, after my parents would have counted the number of boxes they were loading in the trunk of their car. Some people -- close relatives, or my father's business connections -- would get two boxes, while others would get only one. The whole day we would drive through the streets of Delhi, making quick stopovers at people's homes.

After the customary "Diwali mubarak ho jee [best wishes for Diwali]" and "Twanoo vee Diwali mubarak ho jee (Diwali best wishes to you too)," boisterous Punjabi hugs, and my brother's and my "Namaste Uncle" and "Namaste Aunty" routines, we would settle down in people's living room for a brief moment. Every household would offer us tea, soft drinks and then a plate of mithai.

And before the plate of mithai would reach me, my dad would have already said:  "Aseem don't eat too much." And then he would announce that mithai was like poison to him. There was no way I could have a second helping of Gulab Jamun or a piece of Besan Ka Laddu or Pateesa.

As the day would progress my father would become more and more controlling, to the extent that even before the plate of mithai would make its round, my father would have announced: "These boys will not have any." My brother and I would sit with these long depressed faces. What was the sense of Diwali, if we could not sink our teeth into mithai?

We would come back home tired, rest for a while, and then light up the diyas around the house. After a wild evening of firecrackers, we would all assemble for the Diwali puja around my grandmother's makeshift temple in one corner of our kitchen. There she would have images of several Hindu gods and goddesses -- and even a picture of Guru Nanak and one of Sai Baba. After the puja, we were allowed to eat one small piece of Barfi. After all, that was considered prasad.

But then days after that I would notice that the boxes of mithai left over at home or those given to us by relatives, friends and neighbors were being depleted.  Somehow my parents had worked out a system that they would give away more boxes than what they would receive. And then my grandmother would hoard some of the boxes for relatives she felt close to.

The more my parents would try and restrict me from eating mithai, the more I would want to find ways to break those rules. And the less successful I would be.  All mithai in our kitchen was locked up and the keys to those cupboards were with my grandmother. We would have to ask her for the keys and she would question us along the way: "Why do want the keys?  Don't eat too much mithai. It is not good for you."

Looking back at those years, all I can remember is not being able to enjoy my favorite part of Diwali. And it was not as if I had a weight or a health problem. But my parents -- especially my father -- strongly believed that too much -- or for that matter even a moderation -- of anything good was certainly not good for their children.

My memory of Diwali of my childhood is of abundance of food and mithai, but then a lot of deprivation.

When I came to New York, I realized how free I was. I could buy as much mithai as I wanted. The only problem was that in the early 1980s there were few Indian restaurants and sweetmeat shops in the city. Jackson Heights' 74th Street shopping strip was nonexistent. In Manhattan's Little India area on Lexington Avenue, there were two restaurants -- Shamiana and Shaheen Sweets, but I was a poor student, always short of money.

Now I can afford to buy mithai for $6 a lb at Delhi Palace or Raj Bhog in Jackson Heights, but age has caught up, and I am aware of how fattening Indian sweets can be. It is not poison like my father used to say, but it is still not good for me.

Last Sunday I was at the Diwali Mela in Jackson Heights. It was a loud and noisy party -- tonnes of people, Bollywood music blasted from giant speakers and food stalls with every variety of Indian cuisine.

My heart was set on the fresh Jalebis being cooked right in front of me. But in my mind I could hear my parents and my grandmother telling me that I should avoid mithai. It was not good for me. I did not buy the Jalebis.

After an hour at the Diwali Mela, I took the train home. I live in Sunnyside, four stations away from Jackson Heights. But the whole evening I kept thinking of the warm, fresh Jalebis dipped in hot syrup. By 8.30 pm I could not resist it any longer. I took the train back to Jackson Heights, headed straight for Delhi Palace and bought myself half a pound of Jalebis.

I ate one piece in the train heading back home. It was crunchy and syrupy, and my fingers were sticky, but I was finally at peace with myself. My parents and my grandmother were not nagging me anymore. This will be a good Diwali. 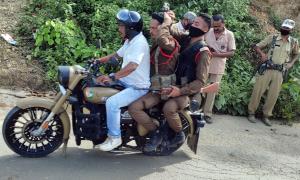 Has Diwali lost its charm?