Dengue tightened its grip on the capital with over 1,000 patients being screened for the disease at the All India Institute of Medical Sciences, of whom 34 were found to be positive. Two persons died of the ailment on Thursday, taking the toll to 17.

Prime Minister Manmohan Singh's son-in-law and two grandsons, who are being treated for suspected dengue at AIIMS, are in a stable condition.

"The three patients are in a stable condition, there is nothing to worry about," AIIMS spokesman Shakti Gupta told reporters.

In the past 24 hours ending 8:00 a.m, at least 1,000 patients were screened for dengue of whom 34 were admitted at the AIIMS, including nine from the campus.

Two patients -- Dharam Singh (20) from Badarpur and Laxminarayan (55) from Bulandshahr -- died at AIIMS of dengue, AIIMS Medical Superintendent D K Sharma said, adding both were admitted this morning in a serious condition.

As many as 26 of the 99 patients were from the AIIMS campus, while five were discharged during the past 24 hours.

AIIMS authorities said the dengue scare had led to patients with symptoms queueing up at the institute creating a lot of chaos on the campus.

They said there was no shortage of blood at the institute and blood donation camps were being organised on the campus to keep the blood banks adequately stocked.

Sharma said work on covering the open drain passing through the campus would commence by end of this month.

Dengue virus is spread by the bite of female Aedes mosquito that breeds in stagnant water. The disease could spread further in the next two months because the present weather helps in breeding of the mosquito. 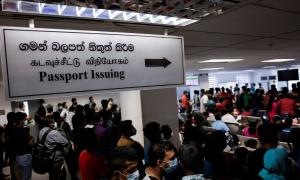 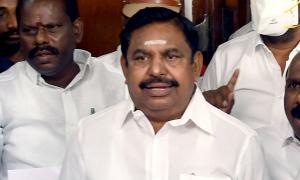