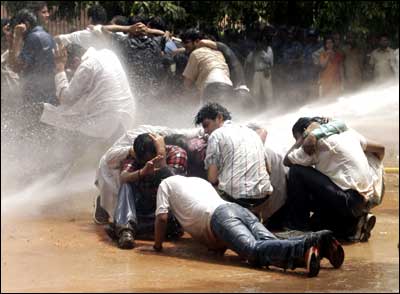 The students then courted mass arrest and were subsequently taken away in police buses.

Over a 1,000 students, who took out the march from Lady Hardinge College with the aim of going to PMO to lodge their protest against the proposed move to hike quota in institutions of higher education, had reached the India Gate Lawns via Connaught Place when they encountered several police barricades in the Central district.