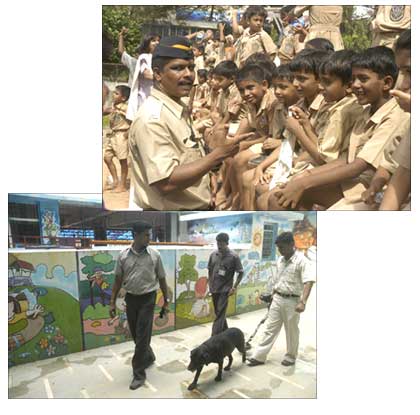 The principal of St Joseph School in Mumbai's suburban Juhu received an anonymous call that a bomb had been planted in the premises. He immediately alerted police, which swung into action with a bomb squad but no suspicious object was found, officials said. However, the students were evacuated from their classes.

In another incident, unclaimed baggage was found in the premises of St Xavier's School at Mira Road in Thane district. The bomb squad took away the bag but nothing was found in it, police said.

Image: Students of St Joseph's School assembled in the playground as the bomb squad searched the school.