At Wagah, it's all smiles 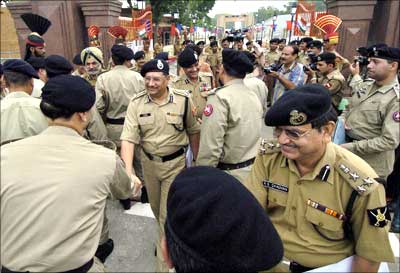 Border Security Force officials geeet their counterparts in the Pakistan Rangers at the Wagah border on July 19.

The meeting of Pakistani and Indian border forces officials holds importance in the wake of postponement of the secretary level talks following the Mumbai blasts on July 11.