Hearing a muffled boom and following the citizenry that was running towards the sound -- and not away from it as instinct would tell one to -- I soon came across sights of blood and gore that will not go away easily. March 12, 1993 can never be forgotten by a Mumbaikar. Or forgiven.

Chance once again kept me in New York on September 11, 2001, when twisted, horrific minds flew passenger jets into the Twin Towers. As a believer in and defender of the free world, I can never forget that day either. Or forgive those who wrought upon such terror on the rest of us.

I cannot but notice that the United States of America, which then declared its biggest offensive since Pearl Harbour and which action brought it tonnes and tonnes of international criticism -- not to mention unveiled threats of attack from Osama bin Laden, abduction of US nationals and their murder -- has not faced any terrorist attack since 9/11.

Whereas we in India have come to accept terrorist attacks on our soil as just another karmic fact of life -- no doubt with the same stoic acceptance that we took in invader after invader over centuries. Since 1993 Mumbai alone has faced at least 6 more terrorist strikes.

So what has the United States done that India did not?

For one, Uncle Sam displayed the majesty of the American State.

On the evening of September 11, 2001, as I sat glued to the television, US President George Bush addressed his nation in a measured and calm manner. Through the solace he offered his shell-shocked countrymen, he said: 'We will make no distinction between the terrorists who committed these acts and those who harbour them.'

With these words America went to war.

I had waited in 1993 for the majesty of the Indian State to similarly display itself, as I waited many more times for it to happen. I waited for it last night as well, and finally I saw the display.

On the streets of Mahim, close to where we work, the majesty of the Indian State was on full display as Congress president Sonia Gandhi accompanied by Home Minister Shivraj Patil and Railway Minister Lalu Yadav drove past, en route to the blast site. My colleague counted 38+ cars in the motorcade that swept past, as other traffic on the road was kept frozen in place by the security phalanx. It was truly an impressive sight - only, I couldn't help thinking, it was put on for someone who doesn't hold an office of authority. While the man who does, simply reviewed the security situation in the face of the Srinagar and Mumbai blasts, and directed that New Delhi's security be beefed up.

This was the majesty of the Indian State on display yesterday. I could have wept.

When somebody directs terror at you, nation-States are expected to hit back with maximum force, carry the fight into the enemy camp. It is not enough to possess unrelenting, unremitting muscle power -- it also becomes necessary, once in a while, to display that power. And not merely through caparisoned missiles parading down Janpath once a year, but by responding forcefully to challenges to the State's very existence.

All your nuclear weapons, your missiles, your tanks, come to nought when you don't have the steel in your soul to defend yourself and your subjects -- at any cost.

Has the Indian State done this? Ever?

The first serial blasts in Mumbai happened 13 years ago. Enough water has flowed into the Arabian Sea since then for the guilty to have spent part of their sentence in jail. But 13 years later even a fly has not been sentenced for the worst-ever terrorist attack in India. If you were a terrorist oiling your Kalashnikov and checking your grenades somewhere in the western sector, what exactly will you think of India?

What he does think is evident from the fact that in the last 13 years, Mumbai has faced six more terror attacks -- an average of one every two years.

India believes, too, that the prime accused in the Mumbai blasts, Dawood Ibrahim Kaskar, is a guest of the Pakistani establishment. Not only him, official lists of others accused of waging a war against India and hiding in Pakistan have periodically been handed over to that country. Ordinarily, you would think, if Pakistan is harbouring India's enemies, providing succour and sustenance to them, it needs to be treated as an inimical nation.

Yet, India has been engaged in a peace process with the very neighbour it knows is out to dismember it through any and every means available to it.

Is it any surprise that terrorists continue to attack India with impunity?

Contrast this with the way America has gone about its business since September 11, 2001, and you will see why that nation has not faced any attack in the last five years. Osama may fume and fret from his mountain hole, but there's little more than that he and his terrorist hordes have been able to achieve against the only remaining superpower.

That is because America understands that war can only be won through war, it cannot be won through peace, a belief India has been labouring under for so long. When the very articles of your liberty become your enemy's hand tools to destroy you, it is time to revise notions of liberty and freedom.

Civil liberties are for those who believe in civility and practice liberty, not inhuman monsters who think nothing of inflicting untold horror on innocents. It is only this week, almost five years later, that the US agreed to extend the Geneva Convention to its Guantanamo Bay detainees -- contrast that with how India treats those waging a war against it.

The tragedy with India is that successive governments have ignored one fact of life --India has been at war for many decades now. This is not an enemy who will come at you over the Khyber Pass; this is an invisible enemy who uses your own resources, your own freedoms, your own laxities, to hit at you. If you don't stop him first, he will stop you.

It is futile to blame Congress administrations alone for this sorry pass India has come to -- the National Democratic Alliance, which came to power with so much of machismo, proved no better before threats of terror.

Till we turn around, realise that those who fight India in the name of religion do not represent the millions who practice that faith, and fighting the terrorists is not fighting the practitioners, we are condemned to suffer terrorist attacks. 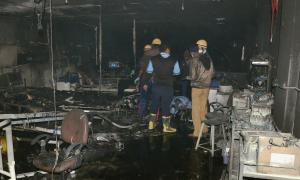 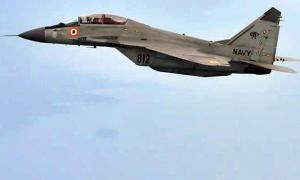 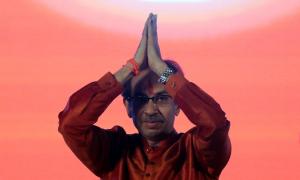 A year on, Uddhav Thackeray firmly in the saddle 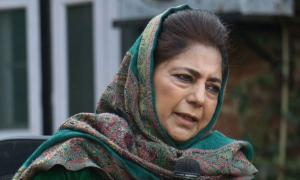 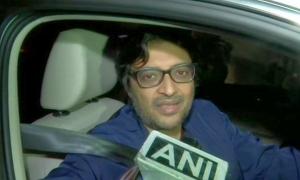