'Do skeleton recoveries have inter-state ramifications?'

The Centre is trying to ascertain the facts behind the finding of skeletal remains of children in Noida in Uttar Pradesh, and whether it has "inter-state ramifications".

Though the law and order is the state's subject, the Centre wants to know the magnitude of the crime, Home Ministry sources said.

"Whether the crime is a localised affair or it has inter-state ramifications should be found out," they said.

The police earlier in the day found skeletal remains of at least eight children believed to have been sexually abused before being murdered in the satellite township of Delhi.

The suspected serial killer Surender alias Satish, a domestic help, has been arrested along with his employer Mohinder Singh Pandher, a factory owner from whose house the skeletons were found in gunny bags.

Nod to Covaxin: WHO technical group to meet on Oct 26 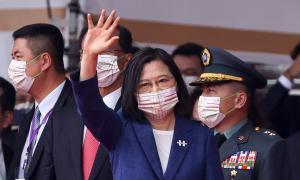 Why Xi Hates This Lady