Jain had been detained by police on Saturday morning for questioning in this connection.

She allegedly paid Rs 70,000 as part payment to one of Gawli's aide in last 2 months, police said, adding that the matter came to light when another Gawli aide, advocate Bagawe brought the matter to the notice of police earlier this week.

Jain pleaded for cancellation of Bhandarkar's bail alleging she had received a threatening SMS' from him.

She also alleged the film-maker had gone to Dubai without informing police and there was a copyright case pending against him. On these grounds, his bail should be cancelled, the actress had pleaded.

Bhandarkar, however, countered Jain's allegations saying he had never sent any threatening SMS' to Jain and this was established during police investigations.

He said there was a case of copyright against him but it was dismissed in his favour and he had gone to Dubai after informing the police.

Jain had alleged in the police complaint Bhandarkar had sought sexual favours from her on the pretext of giving her role in his film but had not kept his promise. She also produced records of SMS messages sent by the film maker to her in this regard. 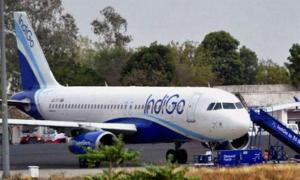