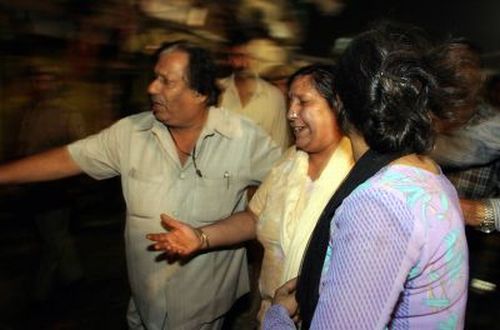 As shoppers in Delhi were winding up their Diwali shopping, blasts rocked three of the busiest markets in the city on Saturday evening.

The first explosion occurred in Paharganj market at 1740 IST when it was choc-a-bloc with  busy Diwali shoppers, killing seven persons and injuring over 60.

The blasts are suspected to be the handiwork of banned Pakistan-based Lashker-e-Toiba outfit.

An alert was sounded in the capital with the police chief asking people to be vigilant.

He asked the public not to touch any unclaimed objects and asked them to alert the police immediately.

(By-standers escort a distraught woman to a waiting ambulance)