India's ace missile to get leaner

Defence scientists will test fire in 2006 India's most sophisticated ballistic missile, Agni, with a power plant made of composite materials that would considerably reduce the weight of this IRBM class missile.

"We have started integration of this composite rocket motor. For the first time, we outsourced development to two leading private players. Within a year, we will be able to launch Agni with this composite power plant," he said.

Once completed, India will join an elite group of countries having advanced technology, he added.

Presently, the US and Russia are the only two countries to possess such sophisticated technology.

Agni is an intermediate range ballistic missile with two solid fuel stages and a Post Boost Vehicle integrated into the missile's Re-entry Vehicle, which is made of a lightweight carbon-carbon composite material able to sustain high thermal stresses.

Started in 1983, under Integrated Guided Missile Development Programme headed by the then chief of indigenous missile programme APJ Abdul Kalam, the first technology demonstrator of Agni was successfully test-fired in 1989.

With a range of more than 2,000 km and capable of carrying conventional and nuclear warheads, Agni is considered as the strategic missile in the Indian Army's inventory.

Referring to anti-ballistic missile threats, Chander said DRDO was working on integrating 'intelligent decoys' to confuse enemy's counter missile systems. Several decoys would be launched along with the warheads in missiles.

Either the enemy would have to destroy all of them or by the time he identifies the real missile, it would have done its job, he explained. "Decoy development process is initiated and will form a part of future missions."

Talking about the emerging trends, Chander said these were shifting from the existing process of design and development by R&D and production in industry. Now the R&D laboratory has planned to design the system and outsource the development and manufacturing to the industries enabling a massive reduction in cost, time and manpower, he added.

Stating India's missile development programme is poised to reach a pinnacle, Chander said more than 216 private industries and top academic institutions in the country have been participating in DRDO projects. 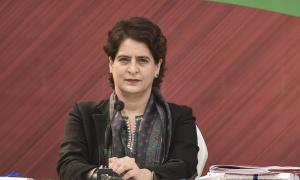