Twenty bullet riddled corpses, including that of a woman, were found near al-Rumana village, some 20 km east of Qaim, Xinhua quoted local police as saying. The victims, all in civilian clothes, had apparently been killed several days ago.

In the second incident, Iraqi troops found 15 headless bodies in a building inside an abandoned army base in Latifiya, south of Baghdad. A defence Defense Ministry spokesman said they included 10 men, three women and two children.

Investigations are on the ascertain the identities of the victims, he said, adding that some of the beheaded people might be Iraqi soldiers kidnapped from the area two weeks ago.

In other developments Wednesday, at least three people were killed when a suicide bomber blew up a explosives-packed garbage truck outside the Agriculture Ministry in Baghdad. At least 27 people were wounded, some seriously.

In Basra, a roadside bomb killed one policeman and injured three, the police said. 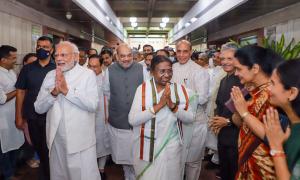 'A tribal President will be a great showpiece' 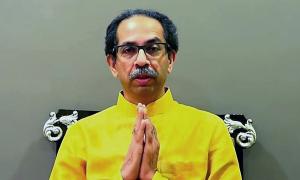