Two top leaders of the insurgent outfit, United Liberation Front of Asom, surrendered to the police in Guwahati on Monday.

ULFA spokesman Ruby Bhuyan, who was responsible for sending the group's e-mails to the media, and programmable time device expert Khagen Kachari emerged from their hideout in Bangladesh and surrendered before Inspector General of Police (special branch) Khagen Sarma. Many journalists witnessed the surrender.

Bhuyan said he opposed the 'indiscriminate and irresponsible' killing of innocent people by ULFA. He claimed he had expressed his displeasure when two ULFA cadres had killed schoolteacher Jiten Das on May 10 last in Kamrup district. 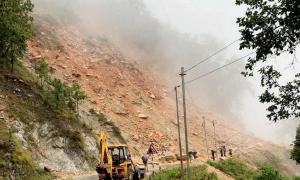