Notwithstanding its cooperation with the US in the war against terrorism, Pakistan is probably the "most anti-American country" in the world right now, according to the Congressional Research Service.

The assessment of the depth of Pakistan's anti-Americanism is attributed by K Alan Kronstadt, who is in charge of analysing Asian affairs for the CRS, to a "senior expert."

Adding to US concerns about Pakistan's domestic political developments, Kronstadt says, are increasing signs of Islamisation and anti-American sentiments.

The analysis of developments in Pakistan, which has been updated till February 14 this year, has just been released.

In another report on Pakistan, updated till January 28, 2005, Kronstadt says: "Pakistan's powerful Inter-Services Intelligence is suspected of involvement in drug trafficking."

In March 2003, a former US ambassador to Pakistan told a House International Relations Committee panel that the role of the ISI in the heroin trade during 1997-2003 was substantial. 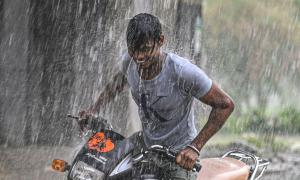