The Central Intelligence Agency did not target Al Qaeda chief Osama bin laden once as he had the royal family of the United Arab Emirates with him in Afghanistan, the agency's director, George Tenet, told the National Commission on Terrorist Attacks on the United States on Thursday.

Had the CIA targeted bin Laden, half the royal family would have been wiped out as well, he said.

The 10-member bipartisan commission is investigating the events leading up to the September 11, 2001 attacks in the US.

A host of Clinton and Bush administration officials have testified before the commission.

Deputy Secretary of State Richard Amritage told the commission that it was impossible to send troops to Afghanistan against the Taliban and Al Qaeda without Pakistan's cooperation and building a new relationship with India.

"US sanctions against Pakistan on the nuclear and other issues complicated the matter and these had to be dismantled," Armitage said.

He also suggested if the US Congress wanted to show displeasure with any country, it should think of other methods than imposing sanctions.

Former White House counterterrorism official Richard Clarke has charged that fighting terrorism was not the top priority with the Bush administration. The top priority, he suggested, was Iraq, not Al Qaeda, a claim refuted by the White House.

Clarke alleged that the White House delayed implementing the proposals he had made for eight months and adopted them only after 9/11. 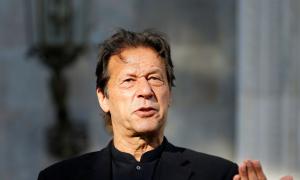