Fernandes strip-searched twice during visit to US: Talbott

Former defence minister George Fernandes was strip-searched twice in Dulles Airport in the US capital area when he was defence minister, once while on an official visit to Washington and another time while en route to Brazil, according to former deputy secretary of state Strobe Talbott.

In his new book 'Engaging India - Diplomacy, Democracy and the Bomb,' Talbott says he was told this angrily by Fernandes himself when he had visited India in February this year as part of a delegation assembled by the Confederation of Indian Industry.

"Our group held a series of meetings with senior officials -- Brajesh Mishra, Yashwant Sinha and George Fernandes --who all voiced some unease that the American government was treating Musharraf with kid gloves. But they also expressed general satisfaction with the way things were going between the US and India," writes the former deputy
secretary of state.

Talbott says, "Fernandes, as defence minister, made much of how American-Indian military cooperation was thriving.
India, in short, had weathered the storm of American sanctions and was now well on its way to establishing itself as a
military partner.

"Just as we were saying good-bye to Fernandes, a member  of our delegation innocently asked him when he would next be coming to Washington. His demeanor abruptly changed. It was as though he was glad to have an excuse to tell us how he really felt about our country.

"Ignoring an Ethiopian delegation that was already filing into his office and taking its seats, Fernandes regaled us with the story of how he had been strip-searched by officers of the US Immigration and Naturalization Service at Dulles Airport when he arrived for an official visit in early 2002, and again, in mid-2003, when he was passing through the US on his way to Brazil.

"He seemed to enjoy our stupefaction at this tale. He and other Indians who later referred to the incident clearly regarded it as more than merely a lapse of protocol or just an another example of the post-9/11 excesses and indignities that air travellers had to endure for the sake of security. The Indians saw it as a symptom of a deep-rooted widespread
condescension -- or worse -- on the part of the West toward the East."
Source: PTI© Copyright 2022 PTI. All rights reserved. Republication or redistribution of PTI content, including by framing or similar means, is expressly prohibited without the prior written consent.
Print this article 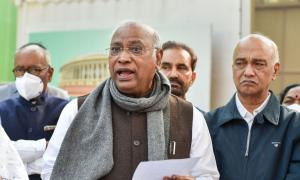 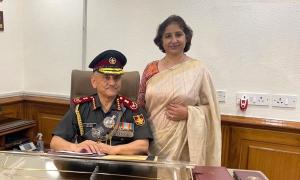