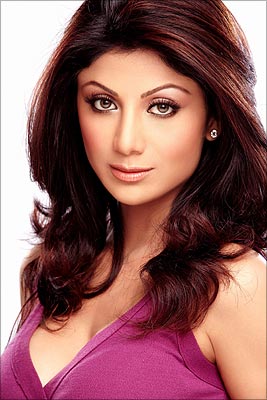 Shilpa Shetty has never gotten this much press.

Currently making the front page of national dailies and inciting a global debate on bigotry in the UK, Shilpa is in the eye of a storm, being talked about in the House of Commons. Hard to believe it's all from a reality television show.

Australian academic Germaine Greer, in a Guardian article discusses Shilpa and her Big Brother experience with cynicism. 'What no one seems to have understood is that Shilpa is a very good actress,' she writes. 'Everyone hates her because she wants them to. She also knows that if she infuriates people enough, their innate racism will spew forth.'

'Big Brother disorients the housemates and disrupts their perceptions so that they become literally unbalanced,' Greer continues. 'They are forced 'greatly to find quarrel in a straw.' So far none of the women has been that smart. Except for Shilpa. Shilpa's enjoying herself.'

Greer ends her piece, titled 'Why does everyone hate me?' with a suggested smirk, quoting that British betting house 'Ladbroke's are quoting her 10/3 favourite.'

Ladies and gentlemen, we might just have a winner.