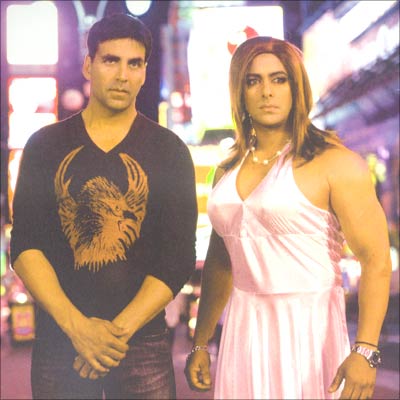 Preity: Jaan-E-Mann is for the complete family

In this latest photograph from Shirish Kunder's upcoming film, we see Akshay with the best bicepped woman in the industry.

And who else fits the bill but Salman Khan, who admittedly pulls off the statuesque look rather impressively.

The film releases October 20, and while that may give Salman's dress some much-needed context, we're amused enough by the photograph for now.

And well, if Aamir Khan could do the drag thing, why can't Salman?