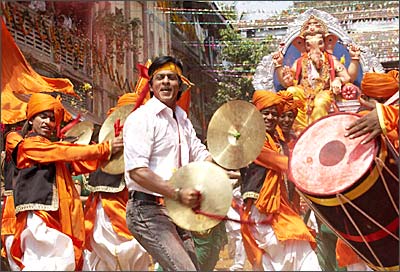 As Ganpati fervour begins to rise across India, with the festival of Ganesh Chaturthi arriving this Sunday, the cast and crew of Farhan Akhtar's Don have decided to join in the celebrations.

The remake of the 1978 classic might feature some revamped songs, but it also includes a couple of new ones by Shankar-Ehsaan-Loy.

How SRK's Don is different

Here's a still from Morya Re, a brand-new Ganesh Chaturthi song hitting the airwaves just in time.