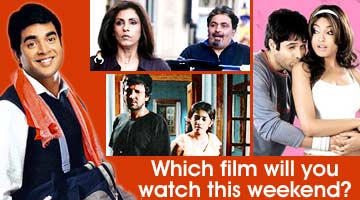 This week sees a good mix of movies releasing in theatres.

There's Madhavan-style comedy in Ramji Londonwaley, in which he plays a Bihari chef lost in London.

And there's serious drama in Dansh, a film based on the north-east rebels.

Which of these films will you watch this weekend? Tell us!