Of London, Chocolate and Anil Kapoor 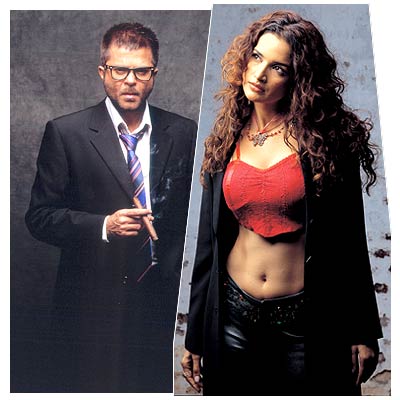 No, this is not the Hollywood film about confectionary, passion and Johnny Depp.

Vivek Agnihotri's directorial debut, Chocolate, is about seven non-resident Indians. They inhabit the grey and wintery streets of London.

Set around Christmas Eve, the thriller sees London's traditional Yuletide shattered by inexplicable events. The Indians are firmly trapped in the web and, as each is drawn into the light, deceit and skullduggery rule.

Anil Kapoor plays Krish, a successful lawyer whose ego makes him take up a case that should have best remained untouched.

Sushma Reddy plays Monsoon, a gorgeous journalist with an increasingly dismal future. As the story unfolds, her past catapults her into the eye of the storm.

Chocolate is scheduled to release on July 22.