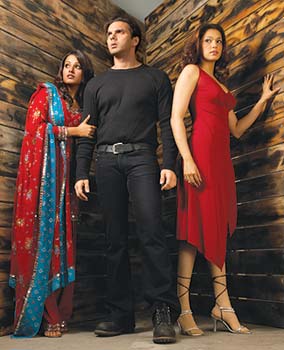 Ektaa Kapoor's earlier horror film, Kucch Toh Hai, may have been torn apart by film critics and audiences. But that has not stopped the producer from making another horror flick.

This time, brother Tusshar has been replaced by Sohail Khan in the lead role.

Krishna Cottage has Khan, Ishaa Koppikar and Natasha (of Yeh Dil fame) involved in a love triangle. The film is directed by debutant Santram Verma and is set to music by Anu Malik.

It is scheduled for an April 16 release.