Sign in  |  Create a Rediffmail account
Rediff.com  » Business » The world is waking up to a New India

The world is waking up to a New India

With the third wave sweeping the globe, the concept of business has changed. During the second wave, that is the industrial revolution, scale of operations, economies of scale, plants and equipments were the buzzwords.

Machinery and automation were keys to success. Any need for financing an expansion by an established company or starting a new company were met by banks, financial institutions etc. These traditional providers of funds evaluate an investment option based on tangible assets, regularity and certainty of cash flows and past history of a business or the past history of promoters.

With the advent of Knowledge Based Enterprises, which is a direct consequence of the third wave, that is the information technology revolution, the rules of doing business have changed.

Now, technology and intellectual capital have become the buzzwords. Innovation and ideas, the courage to nurture them, and then take them to their logical conclusion are the things that the fund providers look for in such enterprises.

In KBEs, the business idea is untested, the promoters are relatively unknown, tangible assets form very small part of the entire investment, cash flows cannot be predicted with certainty and human beings and their knowledge are considered the most valuable assets.

Sunrise sectors like information technology, IT enabled services, biotechnology, are especially the kind of businesses which can be called KBEs. This is where the alternative modes of raising funds come in and have gained importance.

However, it is pertinent to note that even these players providing specialised funding can also be classified into various types depending upon the stage at which they invest in an enterprise and the kind of support provided by the incubators, angel investors, venture capitalists and private equity players. 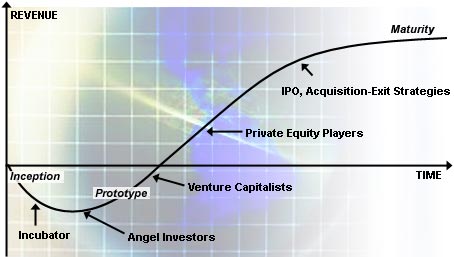 Incubators: These provide infrastructure and advisory services to the startups at a very early stage. They encourage entrepreneurship and facilitate growth of new businesses, particularly for high technology firms, by housing in one facility a number of young enterprises, which share range of services.

For example, the Beijing Zhongguancun International Incubator Inc assists companies introduced by the Nanyang Technological University, Singapore, to set up or expand their businesses in China and helps attract talents from Chinese universities for these business ventures.

Angel investors: Angel investors are rich individuals funding risky/uncertain ventures at very initial phase. They are usually interested in the field in which an entrepreneur is working and are conversant with the operational aspects. Thus the benefits of angel investors are: experience of funding such ventures and contacts.

They are generally less formal and less public in their approach to investing. This is a common form of funding tech ventures, especially in the US.

Ram Shriram of Sherpalo Ventures was one of the primary financers (read 'angel') of Google in its early phase. Some of the successful Angel Deals include an investment of $100,000 by Thomas Alberg in the online bookshop, www.amazon.com.

Venture capitalists: Venture capitalists are professional money managers (in fact they usually manage something like a mutual fund with much larger investments made by investors), who provide risk capital to businesses at a stage advanced than the angel investors.

In the year 2006, more than $200 million has been invested by various foreign venture capital firms in Indian companies like travelguru.com and AppLabs Technologies.

VCs may be found in many different forms, but all share the common trait of making investments at an early stage in privately held companies that have the potential to provide them a very high rate of return on their investment.

It is pertinent to note that generally funds for venture capitalists are obtained from number of sources while for the angel investors it's generally one source. Further the return expectations of the Angel investors are more moderate as compared to the VCs, which target a higher return.

Private equity firms look for greater control in the company and often take a lot of interest in the activities of the management, usually also guiding them. In practice, most of the VCs often act as PEs and vice versa. The actual difference between a VC and PE is in the stage at which finance is provided and not the actual investors.

PE has recently become the buzzword in India, especially after some of the private equity funds struck gold here.

One such deal was the $300 million investment made by private equity fund Warburg Pincus LLC in Bharati Televentures of India between the years 1999 to 2001. It later sold off two thirds of its investment for $1.1 billion in 2005.

Corporate ventures: These funds are promoted by the large established corporations such as Intel and Motorola, usually in the hope of funding small companies that have technology or resources that larger companies want or need.

Cisco and General Electric are two companies known to invest billions annually in hundreds of such companies, then later acquiring them or exiting them.

India Shining and India Poised may just be the slogans created by the media, but the fact is that the world is taking note of the New India and is eager to have a piece of the pie in some way or the other. So angel investors or private equity funds, they are all swarming India right now and we shall make hay while it lasts.
Puneet Bhamba and Nupur Hetamsaria
Print this article 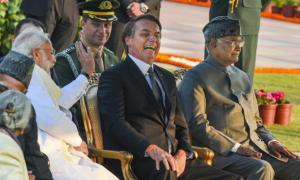