Blog your way to your bank

February 09, 2009 12:23 IST
What would you call somebody who is only 23 and quit the job the very next day after getting a 30 per cent rise? At a time when jobs are being slashed all around the world?

Not that Dushyant Bhatia was unhappy with what he was getting: His annual paycheck summed up to Rs 6.25 lakh including the fixed and bonus components when he quit J P Morgan's debt market division. He always wanted to start on his own and was waiting to complete two years of work experience before hanging up his boots.

Why? "So that if my venture fails I can get admitted to any of the management schools or find a good job in the same sector later," he says candidly.

Dushyant is confident that by the end of October he will have revenues of Rs 50 lakh.

"In a span of two months we got 150 members and 600 posts which is really an achievement," claims Dushyant. Today, he has bloggers -- who have to buy pixel buttons on blogertize.in -- from the US, UK, Singapore, Dubai and Malaysia.

Prasanna D Zore spoke to Dushyant about his plans.

There was this site called million dollar home page (milliondollarhomepage.com) which was launched in England by a guy called Alex Tew. The whole concept of pixel advertising was introduced by him. He made a million bucks in five months by selling ad space to corporate companies. This led to a ballooning of me-too sites which failed miserably.

Every Web page essentially consists of one million pixels, which if marketed properly can bring money.

I have divided these million pixels into 260 buttons of various sizes per segment and the whole page consists of 11 such segments (this allows as many as 2,860 buttons on blogertize's home page). The size of these buttons vary from 2,000, 4,000, 6,000 to 8,000 pixels. Those who want to reserve a button pay as per the pixel size.

What's in it for me?

Actually it does. But we have a robust business model unlike a Ponzi scheme. If a blogger has compelling content on her/his blog the money is for the making. Plus whatever ad space they have on their blogs they can sell it to who ever and make money which can be transferred to their bank accounts through Paypal.

How would you make money?

We would make money from ad revenues via forums, subscribers, sponsors and commissions that we will make from our shopping portal and will be major revenue contributors for blogertize.in.

Combining all buttons together there is space for 2,860 buttons of various denominations on my web site. Though 1,500 bloggers have already registered I have not received payments from all.

Initially, when I started this site there were no takers. The first month I had no visitors coming in; had no buyers; only friends and ex-colleagues. Then I came up with this flexi-payment option where bloggers could first buy pixel buttons but make payments before November 10. The condition was reserve your button now and pay after five months with a condition that failure to do so would result in their buttons being deregistered by us.

I have got confirmed bookings worth Rs 40 lakh but have received hard cash of only Rs 4 lakh yet. If we are able to sell all the 2,860 buttons -- and I am sure this will happen by October 2009 -- we will make roughly Rs 50 lakh.

Now that the site is catching up we have stopped this offer.

Your parents must be pretty annoyed with you...

Of course. They were not really happy. It was tough for me to convince them, but they still don't understand the business model.

Three years down the line...

I have no idea. I started this company as an experiment and did not expect such kind of a response in the first few months. But I have no idea how things will be in the future.

What if you fail?

I can start some other ventures as I have some ideas in mind. 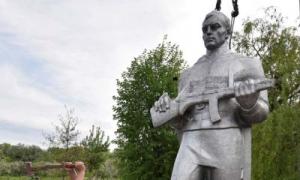 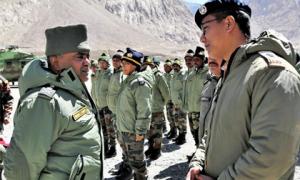 Recession: Tips to start on your own