If Dr Ap Dijksterhuis has his way, people around the world will soon stop thinking about how to handle their toughest problems. According to a report in The Guardian, the psychologist from the University of Amsterdam strongly advocates not thinking when confronted with a complicated decision, going by a study that shows thinking too hard leads to poor choices.

The study argues that difficult decisions are best handled by our unconscious minds.

Dr Dijksterhuis arrived at this premise on the basis of a study that involved volunteers being asked to pick their favourite car from a list of four, based on a set of four elements. They were given four minutes to think about their decision and, naturally, most people chose the car with the most plus points. When the experiment was made more complex by offering 12 elements instead of four, the volunteers managed to pick the best car only a quarter of the time. It was a result no better than their earlier choices made at random.

Apparently, thinking about things consciously means a person can only focus on a few things at once. When it is a tough decision to make, therefore, the mind can sometimes give certain factors undue importance. Thinking about something for too long can also lead to different evaluations and inconsistencies. Unconscious thinking, on the other hand, can handle large amounts of information that can lead to a fairly evaluative summary judgment.

Not everyone is convinced, of course. Some scientists believe it may still make sense to put in some conscious reflection, and avoiding making errors by not make a decision right away.

As for Dr Dijksterhuis, he told The Guardian that when an important decision comes up, he gathers relevant facts and gives it all his attention. Then, he added, "I sit on things and rely on my gut."

Dijksterhuis holds a PhD in Social Sciences from Nijmegen University. According to his professional profile, he is interested 'in the influence of various automatic and conscious processes on social behaviour.' His research highlights the automatic and unconscious side of behaviour and, interestingly, he says he is 'more and more inclined to draw the conclusion that consciousness is a pretty unimportant thing.' 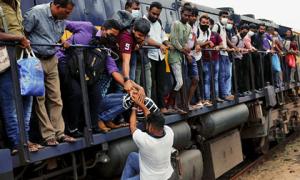