The story of a young achiever!

was the first Indian to develop an Application (J2EE) server a few years ago (in 2002). This is my story.

I come from a middle class family. My father is very ambitious and thought I could reach the heights he could not. 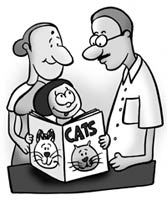 Everyone at school expected me to get a state rank. I had special coaching, and my teachers spent a lot of effort to make it happen.

My uncle was the principal of my school. He, too, tried all he could to get me that rank.

I had different plans -- the local cricket club tournament was on; I won the cup for our team.

And I got 90% marks, far below everyone's expectations. I was disheartened.

Instead of trying harder, I concentrated on spending time with my friends and having a good time.

It was my Physics professor who gave me my first major break. He made me love the subject.

I then set out to present a paper on the great Albert Einstein's E=MC2 theory. I thought I had found a kink in the great man's theory and I was going to break the world with my paper. I realised later that I was totally wrong.

I went to Engineering college with no other plans than to complete the course. I did not have any ambition until I met the girl who is now my wife. She was the one was responsible for bringing out my passion to succeed.

I discovered a passion for JAVA and followed every single development in the field.

The biggest break and achievement of my life came in 2002, when I developed an application server single-handedly. 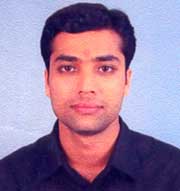 As a result of the media coverage, I got several offers to start my own company. I thought it was too early. Also, the companies I would have to compete with were IBM, Sun, BEA, Oracle. I turned them down.

I decided to pursue my career with a leading Indian IT company. I have worked in India and the US and have grown as an architect. I am lucky to have met and worked with the best minds in the industry.

I work for the world's largest enterprise software company, where I do things I have never done before, though they are not too far from JAVA. I work with an amazing set of people from whom I have learnt professionalism, management and technology. Had I started my own company, I would have missed this chance.

I realise I have a long way to go. Technology is my passion and my strength is aggression. And, with God's grace, I will try to achieve all my goals.

What I have learnt so far is: your career should not be allowed to move on a linear path. You must break the conventional easygoing approach. Be passionate and aggressive in whatever you do.

This is Premjith's story. What's your career story? Share it with us!