A man whose father would like nothing more than a son who follows in his footsteps as a ticket collector.

Whatever its storytelling flaws, this is one sentiment the scriptwriter has identified perfectly. Move over, Abraham Maslow, this is 21st century India's 'hierarchy of needs' (Maslow is known for establishing the theory of hierarchy of needs -- he said that human beings are motivated by unsatisfied needs, and that certain lower needs need to be satisfied before higher needs can be satisfied).

Apply it to just about any industry or profession. And it works!

All mazaa, no izzat

Take BPOs, which are worried about employee attrition. These companies provide young graduates with the best of everything -- money, work environment, career growth. Even fun, in the form of special allowances, movies and parties.

The mazaa angle is, thus, well taken care of. But what about izzat?

'I work at a call centre.' Despite ads from e-Serve, which pretend otherwise, that statement will not really impress your girlfriend's father.

At the end of the day, the job essentially lacks matlab. You work for one company but answer calls for another. There is no shared vision or mission beyond answering the next call. What you do never really seems to make a 'difference'.

In the Izzat x Mazaa x Matlab equation, there is only one variable the young person can control. And hence s/he hops from job to job in search of more mazaa (money).

Izzat and mazaa, but no matlab?

On the other hand, IT, which mainly employs young engineers, has a better chance of retaining its employees.

Not only do they provide decent starting salaries/ fabulous campuses, there is the additional mazaa angle of being sent abroad to work within a couple of years of joining.

Plus, saying you work for Infosys, Wipro or Cognizant Technologies receives a respectful nod from peers and parents.

The reason many still quit IT is the matlab angle. Those who equate coding work with being a cybercoolie often  choose to go abroad for further studies or try an MBA.

Not that life after the MBA may offer any more in terms of matlab, but having the IIM or Bajaj tag adds to izzat value. And if you are lucky enough to be placed on Day 0 or Day 1, the mazaa factor is multiplied as well.

The quest for matlab

The relative importance of these three factors -- izzat, mazaa and matlab -- varies from person to person.

Matlab, in fact, is the most personal variable. Some of us can happily buy into the mission statements of the companies we work for. We can find personal meaning by reaching our goals and targets as well as be a tough but fair boss/ employee/ coworker and a loyal and loving spouse/ parent/ friend.

But to others, 'meaning' comes from doing what you are passionate about, something you really care for. This definition of  matlab is often swept under the carpet at an early age when we follow the herd towards the engineering/ medicine/ MBA degrees we never really wanted (but were assured was the only way to go).

In the long run, we try and make up for the absence of meaning by trying to maximise on the other two fronts.

Yet, when any of the three variables actually becomes zero, the equation comes to naught. So every now and then, an individual will take the bold step of pursuing matlab even if it comes at the cost of mazaa, ie lower salary or perks.

These are the folks who choose to quit their fancy jobs and join the non-profit sector. To them, the loss of some money and perks is evened out by the thrill of making a 'difference'.

Similar is the choice of becoming self-employed. While a handful are 'entrepreneurs' in search of size, scale and summits, the majority are 'alterpreneurs', who strike out on their own -- leveraging their knowledge, skills and contacts -- as an alternative to the regular corporate grind.

Control over one's life and time equals more mazaa even if you work equally hard to make the same kind of money.

If you are a young doctor, often, it is only the matlab factor that keeps you going. Given the salaries and working conditions at public hospitals, the mazaa factor is extremely low. And given the commercialism that has crept into the profession, izzat -- although still high -- is on the decline.

On the other hand, professions like modelling and acting which, a couple of decades ago, commanded no izzat, are now seen with awe. The only problem is, there is an additional variable in the equation: risk.

This risk varies from 0 (absolute flop) to 1 (making it big).

Izzat x Matlab x Mazaa divided by Risk could mean you become a Priyanka Chopra or one of the millions of aspirants who never makes it beyond the casting couch.

The same applies to other creative and thode glamorous professions, like copywriting, filmmaking, dance, music and art. But if you really have the talent and belief in yourself, the risk is worth taking.

The trick, really, is figuring out your own personal equation, instead of living by what you saw scrawled on the Blackboard of Life by people before you.

Because two equations could be completely different, yet add up to that mythical '42'.

The answer to life, the universe and everything that makes you truly happy. 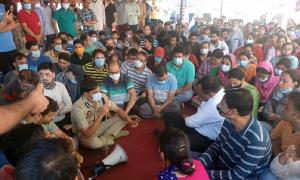 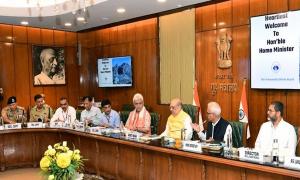