How the stock exchange protects your money 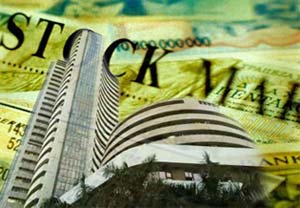 hat happens when the price of potatoes rises?

People buy fewer potatoes. In other words, demand falls. To counter this, sellers of potatoes will lower the price to entice more people to buy them.

When it comes to stocks, though, the same pattern does not apply.

When the price of a stock rises, nobody runs away or looks in the other direction.

In fact, the reverse usually happens. More and more people pile on to the stock. As demand for the stock rises, so does its price.

What happens if the price of the stock starts falling?

Well, people start selling it. Sometimes, panic grips the investors and almost everybody decides to sell that particular stock. In market parlance, this is referred to as a run on the stock. And its price starts plunging.

Stock market players are an emotional lot and tend defy the laws of economics.

Their emotions are triggered by greed and fear. Which in turn leads to euphoria or panic, as the case may be.

Since both these reactions are irrational, market regulators (a market regulator guides the growth of the stock market and ensures that everyone who is part of it functions within the legal framework) have debated for decades on how to control the resulting damage.

Circuit breakers are one way of tackling the problem.

The principle on which they operate is simple: when the buying and selling of shares gets too frenzied, a circuit breaker is triggered. It's almost like the fuse in your electrical meter.

A circuit breaker halts trading after a particular level (high or low as the case may be) is reached. It is activated when the stock moves up or down by a certain percentage (in terms of price).

If the regulator or the stock exchange decides to have a circuit breaker at 20 percent, it will get triggered if the price of a stock moves up or down by 20 per cent in one day.

Once the circuit breaker is triggered, it halts further trading in the stock either for a number of hours or for a day. This is to allow the panic/ frenzy to subside and enable investors to take a cooler, more rational view of the stock.

Let's apply this to the Indian stock market

The Securities and Exchange Board of India, which is the market regulator, has decided there will be two circuit breakers.

The market circuit breakers are triggered by certain movements in market indices (like Sensex and Nifty).

It was activated last year on May 17, when the market plunged after the BJP lost the elections and investors started worrying about the Communist influence on the new government.

When triggered, these circuit breakers bring all buying and selling of shares in the country to a halt.

The market-wide circuit breakers are triggered by a sharp movement by either the Sensex or the Nifty.


In case of a 20 percent movement of the index (at whatever time), trading is halted for the rest of the day.

~ On to individual stocks

When applied to individual stocks, circuit filters are known as price bands or price filters.

The NSE has price bands of two percent, five percent and 10 percent for specified stocks. If you would like to take a look at this list, you can check the NSE website.

The remaining stocks have price bands of 20 percent.

The BSE has a price band of 20 percent for all non-index stocks, but it often reduces it 10 percent, five percent or two percent depending on the movement in the price of the stock.

The BSE site issues notices almost every day on changes in price bands of individual stocks.

Special attention is paid to illiquid stocks (stocks not traded too much), because the low volumes mean the stock can be easily manipulated.

If you have been watching the news closely, you would have realised how these circuits have come into play.

Of these, 98 closed at 20 percent higher and 150 others gained between 10 percent and 20 percent against their previous day's closing price.

The Sensex is having a ball!

DON'T MISS!
 Should I buy shares now?
 The Sensex is bullish. What does this mean?
 Make money with shares