Should I buy shares now? 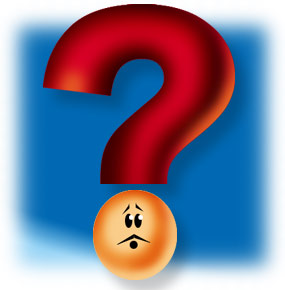 hen I read how investors are reacting to the current market trend, there is only word that comes to mind: bewilderment.

Some are laughing all the way to the bank, others are falling over each other as they scramble to buy more mutual fund units.

A newspaper article said that in November mutual fund investors in Mumbai withdrew huge amounts from their equity mutual funds. Almost Rs 4,000 crore went out from the fund houses.

Those investors were smart. They sold their mutual fund units back to the fund houses, booked profits and deposited the moolah in the bank.

But the mutual fund companies still had reason to smile. Even as they bid goodbye to a few investors, they were busy saying hello to many more.

The article went on to explain that, in cities other than Mumbai, the inflow (fresh investments into mutual funds) was Rs 2,228 crore.

Who are the wise men?

The ones entering the market or the exiting it?

Quite a few are echoing the sentiment that it is not a good idea to book profits (to sell your mutual fund units/ shares). They believe the markets will stay strong for a while and the Sensex will rise even higher.

Others are saying the situation is shaky and it's a smart idea to exit now.

That brings us to you. What must you do with your shares?

You have three options

This would be the wisest move you could make.

In hindsight, a lot of our decisions appear rather unappropriate or downright stupid. This applies to investments too.

So, if you have stocks that cause you tremendous embarrassment, it is a good time to sell now.

For the sake of an example, let's say you have shares of Videocon Appliances.

In May 1995, the price was around Rs 92. The price has consistently fallen over the years and in May, this year, it touched Rs 15.

Well, the good news is that it has crept up to Rs 25. So, even if you are making a loss, it is a good time to sell now.

This is a good time to book profits or even minimise your loss if the price of your shares has not risen sufficiently to give you a profit. But, just because the price has risen, don't change your mind about selling your shares if you have already decided you don't want them.

2. Sell and make a profit

This would be the safest move.

And, if the mutual fund numbers in Mumbai are to be believed, that seems to be what a fair number of people are doing.

The temptation to stay invested in a bull run is high. Many find this temptation too strong to resist. There is always the possibility that the Sensex may climb higher and one would rake in better returns (make more money).

On December 22, the Sensex touched a high of 6480. Predictions abound that it will touch 6500 by the end of this month or early January.

While it could very well be true, it's better to be pragmatic. You never know how high the market will rise, so you might as well enjoy the going while it is good. This, in simple words, means: Sell those shares.

How about the best of both worlds?

If you own some stocks that promise to rise in value in the future, hold on to them. You then have the option of selling them if the Sensex rises even more.

If you really want them to be part of your investments for a long time, then be prepared to ignore the highs and lows of the market over the next few years.

Now that you've selected your chosen few, sell the rest and make a profit.

What you can also do is sell portions of your portfolio at various stages.

Say you have shares of 10 companies. Sell the shares of three companies now and hold on to seven.

If the Sensex continue to rise, sell another three and hold onto four.

This way, you can take part in the rally without selling at one go. It also means you don't miss out completely if the Sensex continues to climb.

Before you actually go and buy some more shares, let me throw you a few questions.

1. Why do you want to buy shares now?

If the answer is that you don't want to feel left out or want to brag to your in-laws that you 'play the market', steer clear. You are not thinking logically.

If you think you can make a fast buck in no time, you are kidding yourself. To make a quick buck, you need a lot going in your favour.

For starters, you need to invest huge amounts for even a small price rise to give you a good return.

Otherwise you need the price to move up drastically. This is something you have no control over.

Thirdly, you must be willing to take the risk of making a loss (something everyone chooses to ignore).

2. Will you be willing to hold on to your shares if the market comes tumbling down?

Okay, that was an exaggeration. No one really believes that will happen.

Right now, as the bulls and bears fight it out, there is a lot of dust being kicked up. And the bulls clearly winning. When the dust settles, it would be safe to pick up some shares.

In technical terms: The correction (a short-term drop in stock market prices) is bound to come but the market will bounce back. And, if predictions are to be believed, the Sensex should touch 6,700 by December 2005.

What you can do is wait for the correction to buy shares. Alternatively, you could pick them up now if you are prepared to hold onto them and sell them maybe a year later, when the Sensex rises to a level higher than what it is today.

Interestingly, have you noticed we are entering 2005 on the same note on which we entered this year?

(Note: The above levels are the highest the Sensex reached on that particular day.)

If you expect the trend to repeat itself this year and foresee the Sensex touching a higher level next December, then you can probably go share shopping for Christmas.

A word of caution: Don't try to imitate the savvy trader. Select your stocks carefully. Avoid rumours or you could get slaughtered in the market.

On a closing note, I have to make mention of what a friend once told me, "The moment the grocer or the panwallah asks you about the booming stock market, sell your shares and book profits."

He was not being biased against any socio-economic class when he said that. All he meant was that when it reaches that stage, it is a good indication the bull run has peaked.

So, what has your grocer being saying to you lately?

What to do with your money