How is your tax calculated? 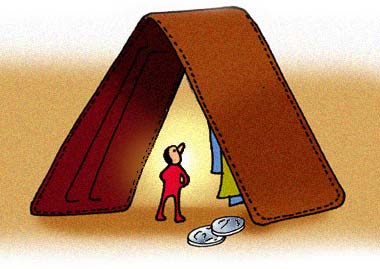 ver wondered what income tax is all about and where it eventually goes? Or rather, where is it supposed to go?

Let me begin with a quote by Kalidas, in which he eulogises King Dalip. I find it very apt to understand the concept of taxation:

'It was only for the good of his subjects that he collected taxes from them, just as the Sun draws moisture from the Earth to give it back a thousand fold.'

Ask people today for their view on taxes and nothing as profound will emerge. You would instead hear snide remarks about how income tax is enforced by the the government to lighten your pocket.

In case you think income tax is a recent phenomenon, let's correct your perception.

What is Income Tax?

Income tax is a charge or levy collected by the government based on what you earn. Tax laws are broadly based on laws of equity. Which means the more you earn, the more you pay. Sounds fair, doesn't it?

For sheer convenience, income (or what you earn) has been categorised as follows:

Don't feel too thrilled in case your 'income' does not fit into any of the above categories. There is one more head for the leftovers. It's called:

Though the charge or levy on each of the heads is the same, certain special concessions are available for each category. An individual is supposed to includel his/ her income under all these heads when calculating his entire income.

Who has to pay tax?

Since tax is a charge on income, it includes everyone. All individuals, whether Indian or not, have to pay tax on income earned in India. This tax is the individual's contribution towards the development and well-being of the country.

What are the current tax rates?

Once a year, the parliament comes out with the nation's annual budget.

This budget is presented by the finance minister, approved and passed by Parliament and signed by the president. The budget fixes the income tax rates for the year.

Take a look at the current rates.

How is income tax calculated?

Hey, cheer up! You won't end up paying that much if you invest smartly.

Look at instruments that offer a tax benefit. Sell your shares a year after buying them so you don't have to pay capital gains tax.

The government has given you options that can reduce the amount of tax you pay. Use them to your advantage.