How NDA pulled off Operation Decoy

The planning and execution was perfect.

It was Operation Decoy. The aim: to ensure that five Independent members of the Jharkhand legislative assembly, who have declared support for the National Democratic Alliance, reached New Delhi 'safe and sound'.

The NDA had promised on March 2 to produce its 36 members of Legislative Assembly and the five Independent MLAs before President A P J Abdul Kalam in New Delhi on March 3. Their move came after Jharkhand Governor Syed Sibtey Razi on March 2 took the controversial decision to invite Shibu Soren to form the government.

The Jharkhand election results had thrown up a hung assembly. The NDA had staked its claim to form the government. It had even paraded its 41 MLAs before the governor.

But the governor chose to invite Soren's Jharkhand Mukti Morcha to form the government, even though the party had submitted only a list of 36 MLAs.

The NDA now apprehended that Soren, once he became the chief minister, would leave no stone unturned to lure away at least one, if not more, of the five Independent MLAs to ensure a majority for his government. It had to keep its flock together.

Also, before Soren could make a move, the NDA wanted to parade all its MLAs before President A P J Abdul Kalam to build pressure against the governor.

According to highly placed sources, a plan was drawn up and executed by party president Lal Kishenchand Advani, former president M Venkaiah Naidu, and spokesperson M A Naqvi to ensure that the JMM-Congress alliance did not get a chance to poach on the MLAs. So closely guarded was the secret operation that even Rajnath Singh, who was camping in Ranch to oversee the NDA moves, was unaware of the plans till much later.

'Congress has no role in governor's decision'

Aware that the Congress and its henchmen were closely watching the Ranchi and New Delhi airports, the BJP worked out a commando-style decoy.

At the Ranchi airport, word was spread that all the 41 MLAs would fly to Delhi on Wednesday to present themselves before the President on Thursday.

But only the 36 NDA MLAs actually flew to Delhi. The five Independents were taken from Ranchi to Durgapur and from there to Kharagpur by road.

At the airport, everyone was watching the large private aircraft chartered by the BJP, convinced that the MLAs would fly out in it. But, the BJP smuggled the five Independents and took them to Durgapur, while the 36 NDA MLAs flew to Delhi, BJP sources said. But to ensure that no one got a smell of the plan, the BJP put 5 party activists, who acted as the Independetn MLAs.

Why the BJP is smiling

The BJP anticipated right. Talking to media persons in New Delhi, Advani pointed out that on the evening of March 2, security personnel in Ranchi stopped the aircraft in which the NDA MLAs were being flown to Delhi to look for the Independents. And were surprised to find them missing from the aircraft.

In Ranchi, the just-sworn in Shibu Soren government, clearly panicking, ordered all the roads blocked in a desperate attempt to ensure that the five independent MLAs should not get out of the state. The police were searching all vehicles on the roads to the neighbouring states of Chhatisgarh in the west (ruled by a BJP government), and Orissa in the south (ruled by the NDA member Biju Janata Dal), convinced that the BJP would take the independent MLAs to a state under its control.

So, in a clever tactical move, the BJP, apparently on order from Naidu, ordered the five independent MLAs to drive east into neighbouring West Bengal. The five MLAs, in brand new cars to avoid detection by the state police that was hunting for them on the orders of a desperate Jharkhand government, drove towards Durgapur, crossing the border shortly after midnight.

The reason for taking the MLAs to West Bengal was because few would ever believe that the NDA supporters would go to a state ruled by the Left, which is even more rabidly anti-NDA than the Congress. The BJP, in their brand new cars with the newly elected MLAs, who are all very young and could hardly be recognised since they did not wear the traditional attire of an Indian politician  white kurta and churidar  took the smaller roads into West Bengal, reaching Durgapur.

The initial plan was to go to Calcutta but again, at the last minute, they were ordered to move towards Kharagpur. From Kharagpur, at 2.30 am on March 3, the Independents caught a train for Bhubaneswar, arriving in the Orissa capital early morning at 5 am.  Orissa chief minister Biju Patnaik was by now informed of what was happening.

In Bhubaneswar, the five MLAs were taken to the house of a senior BJP legislator where they took a well-deserved rest, waking up late on Thursday morning.

On March 3, the Congress and the Jharkhand Mukti Morcha mounted a desperate hunt for the independent legislators in Ranchi and Delhi, and even in Ahmedabad - there were rumours that the MLAs had been shifted to the BJP-ruled state  but in vain.

"Our fear was that in a bid to hold back the MLAs, the central or (Jharkhand) state government might simply file a police complaint or say that they have been kidnapped and detain them, either in Delhi or in Ranchi," explained BJP general secretary Pramod Mahajan, who was involved in the moves at a later stage. "Hence we had to get them out of Jharkhand and into a state where they would be safe from the Congress."

The marauders of democracy

To send out confusing signals, the BJP first said all the 41 MLAs were in Delhi. Then it said some of them were yet to leave Ranchi. Few knew that they were safe in Bhubaneswar.

After the BJP leaders secured an appointment with the President to present the 41 MLAs, the five Independents were brought to Delhi in an Indian Airlines flight, which left Bhubaneswar at 1430 IST, BJP leader Pramod Mahajan said. "We were worried about what the Delhi police might do," he said, "They might take these MLAs into custody saying they had been kidnapped and so forth, hence at the airport, our top leadership was present to ensure that no such charges were levelled. We were determined that all the 41 NDA members and supporters should meet the President at the designated hour."

In Delhi, the five MLAs were taken to the Gujarat Bhavan, where they were presented to the media. Then they, along with the 36 NDA legislators, went to meet the President. One of the BJP legislator, who is ailing and has been hospitalised, was brought to Rashtrapati Bhavan in an ambulance.

By clearly presenting the 41 MLAs to the President and the media (and thus to India), the NDA has clearly won the moral battle of showing how the Congress subverted the governor's office for its narrow political ends.

"Look, we realise that even if the President meets the 41 MLAs, he can't do much except order that the vote of confidence be held earlier. Since Shibu Soren has been sworn in, he has to face the vote of confidence. And in the house, who knows what will happen. Any one of these MLAs might vote against us or may just not turn up. But at least the moral victory is ours. It is clear that by any law of India, the NDA should have been called first," said an NDA leader.

Stop the nonsense about a great democracy

Meanwhile, the Congress high command and party president Sonia Gandhi are trying hard to distance themselves from the controversy.

The BJP is happy with the way the things have turned out. "She [Sonia Gandhi] has united our party better than anyone else and raised our spirits," said a BJP leader.

Her image has suffered a blow, as people are comparing her to former prime minister Indira Gandhi, who was known for appointing servile governors, the leader said. 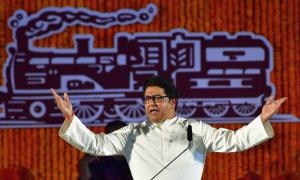 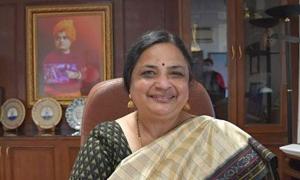