Sonia to Mumbai: Come out and vote

Congress president Sonia Gandhi on Monday kick-started her day-long road show in Mumbai from suburban Mulund urging voters to exercise their franchise during the assembly polls in Maharashtra.

Young and old people converged at various points in the city to have a glimpse of the Congress leader.

She appealed to them to step outside their homes on October 13 and exercise their franchise. Describing their right to vote as a powerful weapon, she appealed to the voters to cast their ballot on that day.

She appealed to the people in Marathi Aghadi la mat dya (vote for Cong-NCP-RPI alliance) in order to create a better future for India.

At Ghatkopar, Sonia garlanded a statue of B R Ambedkar at Ramabai Nagar. At some points, she intermingled with the crowd.

At Amar Mahal Junction in Chembur, her cavalcade was greeted by people and party workers who had been waiting for over-an-hour to catch a glimpse of her.

Thanking party workers and the people for waiting for her, Gandhi urged them to turn out at polling booths in large numbers.

She was accompanied among others by AICC general secretary Margaret Alva, Mumbai Congress chief Gurudas Kamat and Republican Party of India leader Ramdas Athawale.
Source: PTI© Copyright 2022 PTI. All rights reserved. Republication or redistribution of PTI content, including by framing or similar means, is expressly prohibited without the prior written consent.
COMMENT
Print this article 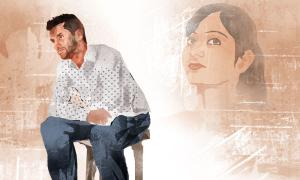