India's cricket coach Greg Chappell doubts whether Sachin Tendulkar can return to the dizzy heights of the past, but he says he will do everything possible to get the little master back on track.

"I don't think he's ever going to be the player he was. You change. You're a different person in your 30s compared to when you're an 18-year-old. You just have to learn to play accordingly," Chappell, who replaced New Zealander John Wright as India's coach, said.

Chappell, whose appointment came just two days ago, however, said that such a change was natural.

"Everyone goes through different phases in their career. He's been around for about 15 years and most of those 15 years have been extraordinary," he said.

Considered as one of the world's best players ever, Tendulkar, who has 10,134 runs in Tests and 13,642 in one-dayers, seemed to have changed his batting style in recent times.

"He's had some down periods recently. He's had some injuries. He's perhaps had a bit of a crisis about what his role is in the team," the former Australian captain was quoted as saying in The Sun Herald.

"I just need to sit down with him and work out where he's at and where he wants to go and what expectations and goals he
has. Hopefully I can motivate him and present him with some new challenges," Chappell said.

The Australian, whose first assignment will be guiding India in a tri-series in Sri Lanka, was not expecting a full resurrection from Tendulkar.

"There are other things going on in his life that he didn't have as a young player. All he needs is to feel welcome, wanted and to have a meaningful role in the team. I'm sure he can bounce back, maybe not to the great heights he reached before, but bounce back and play an important role. To work with a player of that quality will be a privilege and an honour," Chappell said. 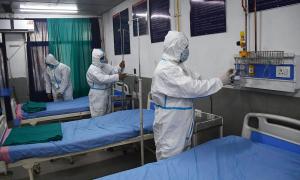