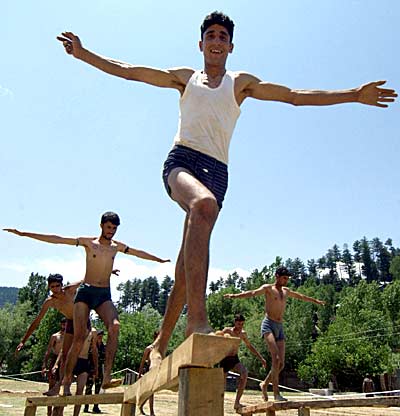 Kashmiri youths participate in an army recruitment rally at Kupwara, about 100 kms north of Srinagar, close to the Pakistan border, on May 19.

The authorities had announced last year plans to recruit youths, having a minimum qualification of grade eight pass, from the valley for the Territorial Army Home and Hearth battalion, a voluntary part-time civilian force that aids in the defence of the country.

Hundreds hoping to join came to this rally organised by the Indian army.

Some 25,000 youths showed up for the last recruitment drive in February.