His films are loved and hated in equal measure -- but since he broke out with the 1999 blockbuster The Sixth Sense, Hollywood has been unable to ignore M Night Shyamalan's unique cinematic vision.

After getting a glimpse of that vision in the first part of an exclusive interview with the filmmaker, we now look at what's in store after The Happening, which hits theatres this Friday.

My next movie is Avtaar: the Last Airbender. It is set in this world balanced on four nations -- Water, Earth, Fire and Air. In each nation there are masters who can manipulate their native elements, and the one person who can master all four is the Avatar. 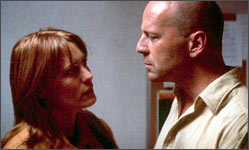 I am doing it for Paramount, and this is the first time I will be working on material I did not create. It is based on a Jap anime, and it has Hindu and Buddhist philosophies in it, everything I am interested in doing. I've been toying with doing a fantasy franchise like Harry Potter or the Chronicles of Narnia -- they were both offered to me, but I could never find the right connection. And then, in this material, probably because of its eastern philosophies, I thought wow, this is unbelievably unique, it is all based on Hindu stuff, there's a guru in the second season, he teaches about chakras, all the kids who saw the anime version are now talking about chakras -- so that is the movie I am doing next.

His fascination with the supernatural

I don't sit down and go I am going to make a supernatural movie. It usually is about some form of having a conversation about faith. All my movies are different versions of a person coming to terms with whether they have faith or not.

Unbreakable, for instance, is about a person who doesn't have faith, and then he is told something extraordinary about the world and about himself, and the question is does he believe it, does he accept it, does he believe the grayness of the world he is feeling is because he doesn't believe in much anymore? Each of my movies is like that.

Some of them -- like Mel's [Gibson] character in Signs is literally about a guy who lost faith in god, and the event makes him believe in god again. For me, Lady in the Water is a very spiritual movie, and The Happening is also about a test of faith for the lead couple [Mark Wahlberg and Zooey Deschanel]. 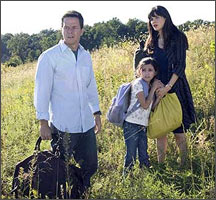 I didn't have a middle name -- my mom and dad didn't give me one. And somehow I saw that as a chance for self definition. I was around 17 and I wasn't feeling good in my own skin then. I had just gotten scholarships to go to NYU, and one of them was a government scholarship called the National Merit Scholarship  and to get that I had to become a citizen, so I thought this was a good moment for definition.

I was studying about the Dakota Indians at that time -- their culture is based a lot on the worship of nature, and their worship of the sky, the ground, and in the end, when you think of global warming and the damage to the environment and all of that, maybe they have it right and we have it wrong -- maybe these are the only things that matter.

Also Read: What you should know about Night

Anyway, so there was this Dakota name, Night, and instead of being like a lot of my Indian friends and becoming Bob or Sam or Joe, I saw in that name a beautiful moment of redefinition. So I became 'Night', and now when someone calls me Manoj I wouldn't even know who they are talking about. At that time I didn't know the kind of movies I was going to make -- the name just felt right; it encompassed a certain kind of spirituality and felt comfortable.

On getting the Padma Shri

I don't generally go to awards and things like that, but this particular award felt so wonderful, a cultural thing that I take really seriously, as would anyone of a minority in the Western world that has an opportunity -- like Tiger Woods, say, where everything you do and say is representative and expands people's possibilities about what they are thinking about us Indians.

On being accepted by mainstream Hollywood

I remember when I was younger, we went to some Indian event in New Jersey, and there was this other guy wanting to make movies, and he was saying we Indians will never get accepted, you will never see our names up there with Al Pacino. I remember thinking even then, that is not true. End of the day, storytelling is the king, and they have a dearth of good stories out there, so if you can tell a good story, you will be accepted. 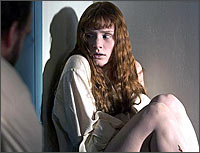 I have felt really, really accepted. For Hollywood, the thing that is unusual is not that I am an Indian -- I think the Indian part just added a nice mystique, they are all in love with Eastern philosophies. The real thing about me was, I don't even live in California. I live in Philadelphia, which is 3,000 miles away, and that is just as bizarre -- to make movies in Hollywood and not live there. I come to Hollywood about three days every year or every two years, and fill up that time with meetings and things.

I found staying at home, being personal about my storytelling and not being too involved about the ups and downs of Hollywood a good thing. Like being at a dinner and hearing someone else talk about who is making this movie or the other movie -- I am very susceptible to other peoples' influence. I remember I was going to make The Sixth Sense earlier than I actually did; I didn't make it at the time because I heard they were going to make Casper the Friendly Ghost. Can you imagine a lifetime of an insecure person like me hearing that kind of stuff? I'd have been a mess. In Philadelphia, I am the only one who makes movies; my kids think I have a fairly normal job, I try to make it home for dinner as often as possible, so you know, it works for me.

On acting in his films

The first movie I made, Praying With Anger, I was the lead, the writer, director, actor -- that is the normal way to come to the world of independent film making. That was pretty standard, whether you were Woody Allen, or Spike Lee, or a whole heap of others. You do all the different facets of storytelling, and if I had stayed in the independent arena, it wouldn't have been that big a deal; it is the normal thing that happens, you write, you act, you direct your own movies.

The tendency has been that whatever I do, they try to find the nearest box to put it in. And when it comes to acting in my movies they put me in the Hitchcock box, they say oh, you are doing the Hitchcock thing. Hitchcock walked through the scene; he was in the background somewhere.

I'd love to play a leading character, yes, but it is not physically possible. It takes so much effort to make a film. I break it all down, how many days I am going to be writing, and directing, and acting, and then all the other stuff, it is so hard to do for me. Other directors have asked me to act, but either I was making a movie, or the role was 'Indian' -- straight out accent, trying to be funny, and that is not my thing.

Catch the third part of this extensive interview tomorrow!