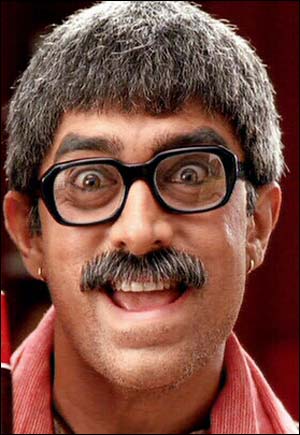 The master of disguises is back, and this time he's old.

In this sequel to the Manno Bhabhi commercial, the focus remains on keeping Coca Cola in the house.

Aamir Khan plays both roles -- of the Indian housewife Manno, and the crotchety-but-loyal servant, Dinu Kaka.

The new ad, premiering across TV channels tonight, is about the interplay between the two. Written as a musical parody, the ad revolves around Manno Bhabhi convincing Dinu Kaka to keep the household well stocked with Coke.

We may have to wait to watch him in a film, but when it comes to television commercials, there's a different Aamir Khan everywhere!