Strictly for minors only!

Fifteen years ago, the only source of children's entertainment on Indian television was Disney Hour on Sundays, Fun Time on DD-2, or a two-minute filler of Spiderman animation just before the Sunday Hindi movie.

Once a week, there were shows for kids like Fairy Tale Theatre, Giant Robot, and Fraggle Rock.

But in 1995, the scene completely changed with Cartoon Network.

Initially, the channel shared airtime with TNT Movies. But thanks to the former's overwhelming popularity with shows like The Power Puff Girls, Dexter's Laboratory, Pokemon Series and Popeye, it was converted into a 24 hour cartoon channel.

Describing the need for wide-based programming and genres for kids, Diamond says, "Television has become an integral part of a kid's life. It is important for us to offer them a choice of kid-specific programming so that they can tune in to destinations that are specifically meant for kids.

"Our research revealed [that] there was a desire among consumers for a broader base of entertainment product."

Duncan Morris, vice-president of research at Turner International, said surveys conducted in homes in Indian cities like Mumbai, Delhi, and Hyderabad revealed how kids are learning and developing with shows like Teletubbies, Tweenies and Boohbah.

Pogo will be launched on January 1, 2004, with three slots: Young Kids, which will feature shows like Barney & Friends, Boohbah, and Ethelbert The Tiger; Kid Prime, which will showcase series like Brum, Beakman's World and The Sleepover Club. The final slot is for Family and Special events, which will have programmes like Walking With Dinosaurs, Wallace and Gromit, and Mr Bean -- The Animated Series.

While channels like Cartoon Network, Nickelodeon and now Pogo give a kid a sense of identity and a chance to exclaim, 'Hey, this my channel only', they indirectly curb their outdoor activities.

At this rate, will Generation Z be able to boast of poets and painters?

Meanwhile, Pogo is here to stay.

Sukanya Verma in Mumbai
SHARE THIS STORYCOMMENT
Print this article 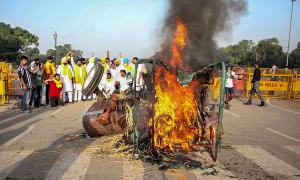 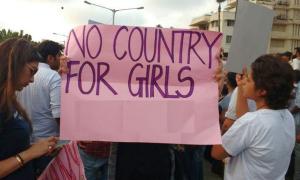 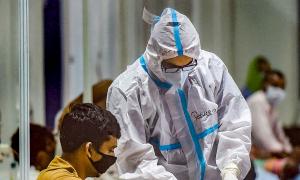